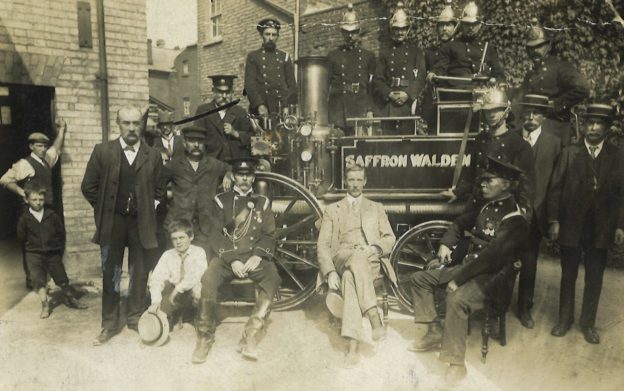 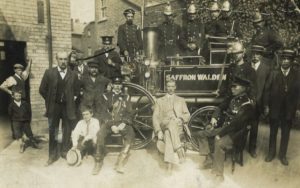 Loft’s Hall, Wendon Lofts – “A Tragic End to a Fine Old House”
Fire broke out on 15th May 1935 at Lofts Hall, an Elizabethan brick mansion at Wenden Lofts.  Firemen were powerless to save it despite reportedly using over 600 gallons of water per minute the roof had still caved in.  After 3 days of dampening down the smouldering remains, the house was left a “charred shell, flooded with water.”  The house’s owner, Graham Watson, a member of the London Stock Exchange, was away from home at the time of the fire.  The housekeeper’s and gardener’s families managed to salvage silverware, guns, oak panelling and furniture from the house, but lost all their own personal possessions.