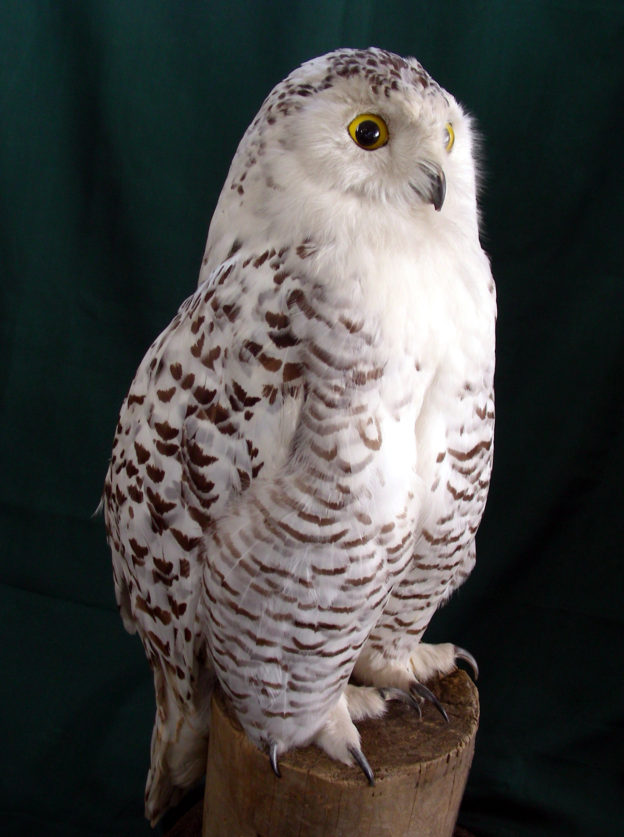 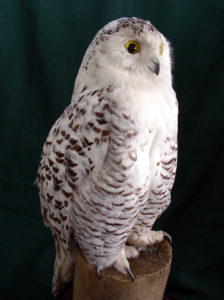 A female snowy owl, Bubo scandiacus. Female snowy owls have spotted and striped plumage (above), while the male bird is almost pure white (below, left). Snowy owls live in the Arctic Circle where they hunt for food over tundra and upland moors. These impressive predators eat lemmings and other rodents, birds and rabbits, and only very rarely visit the far north of Britain. This mounted skin was donated to Saffron Walden Museum in 2003 for the Education collection. It has come out of the store for Museums at Night, exhibitions and teaching sessions. 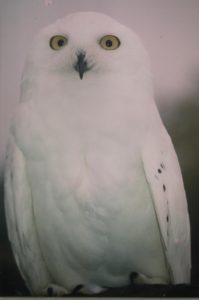 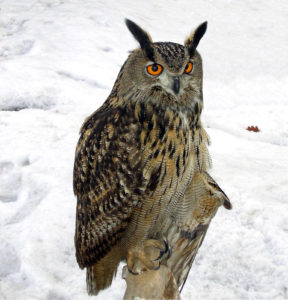 All living things have a common name, like ‘snowy owl’, and a scientific name. The scientific name is a combination of two words which are only used for that species. Humans are Homo sapiens, and our extinct close relatives the Neanderthals are Homo neanderthalensis. We are different species in the same genus, Homo.
But scientific names can change. In 2004, the scientific name of the snowy owl was changed from Nyctea scandiaca to Bubo scandiacus, after years of research on their genetics and the shape of their bones. This showed that they were more closely related to horned owls and eagle owls (above, right), and should use the same genus name, Bubo.

You can see the snowy owl as Object of the Month until 29th February.