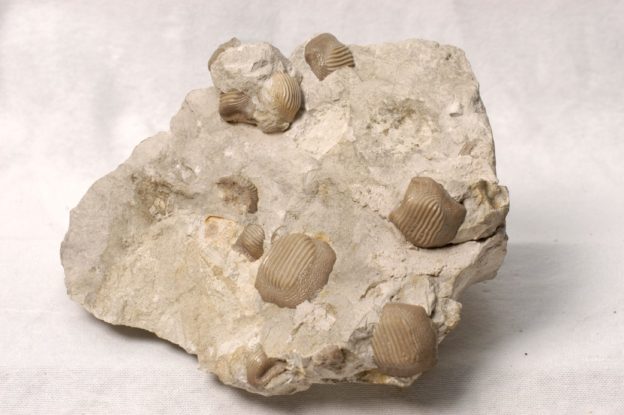 September’s Object of the Month is a collection of fossilised teeth chosen by James Lumbard, Natural Sciences Officer.

These fossilised teeth come from the extinct fish Ptychodus (pronounced tie-co-duss) which lived across the Americas, Europe and Asia. They are closely related to modern sharks and rays, but may not have been direct ancestors. Some species grew up to 10 metres long, feeding on the large shellfish that existed during the Cretaceous period, 66–145 million years ago. Although they had similar diet and teeth to modern rays, they looked more like modern nurse sharks, which cruise the seabed for small fish and shellfish.

Ptychodus describes the shape of the teeth, from the Greek ‘ptychos’ (fold) and ‘odus’ (tooth). The ridges help grip the shellfish and to concentrate the bite force into narrow areas, making it easier to crack the shells. Like modern rays with a soft cartilage skeleton, Ptychodus could use its jaws like a nutcracker to crush its food. The ray puts the shellfish to one side of its mouth and clenches the jaw muscles on the other side. Tough ligaments keep the jaws in place, like a nutcracker’s hinge, and make them act like levers meaning that the bite force on the shellfish can be 4 times higher than the force from the muscles alone. 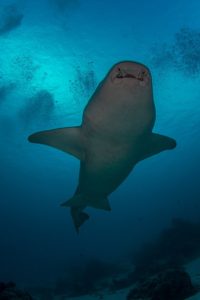 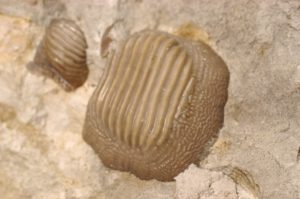 The fossil teeth are on display at the museum until 1 October 2018, where you can learn more about the object, as well as modern sharks and rays.