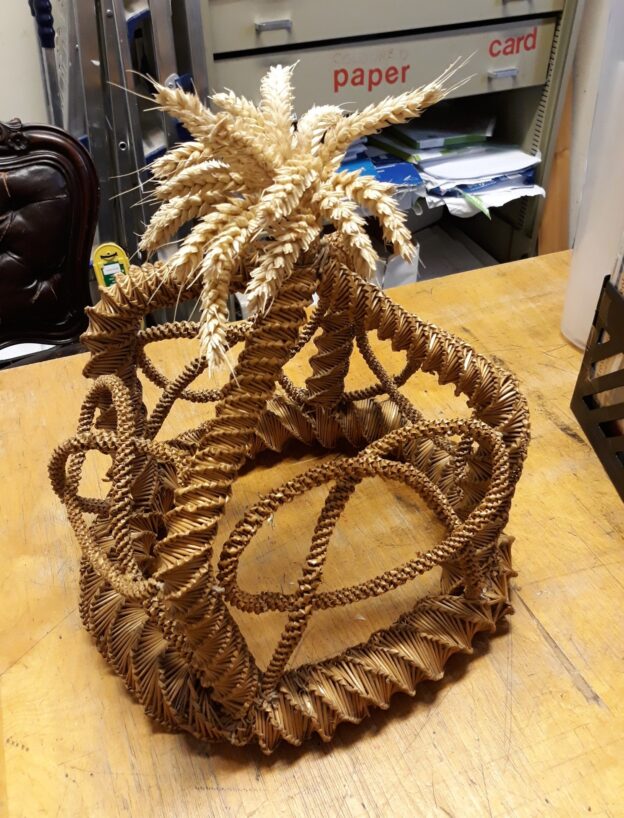 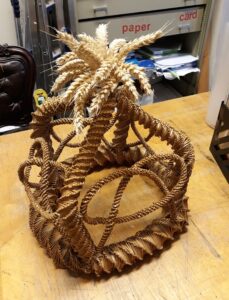 On display in the museum over the Platinum Jubilee weekend is this straw plait crown.

It was made in 1953 for the Queen’s Coronation celebrations by Thomas Thake the donor’s grandfather.

It was hung from the screen in Wimbish church during the harvest festival after the Coronation.

Thomas (Tom) Thake was a thatcher, builder and carpenter who lived and worked in the Wimbish area.  The crown stayed with the Thake family, latterly it was hanging in Tom’s grandson David’s garage until the donor rediscovered it!