Water voles are probably best known from the character ‘Ratty’ from The Wind in the Willows. Recently described as “Britain’s fastest, declining mammal”, they are making a comeback thanks to careful wildlife management and the return of a locally extinct predator – the polecat. 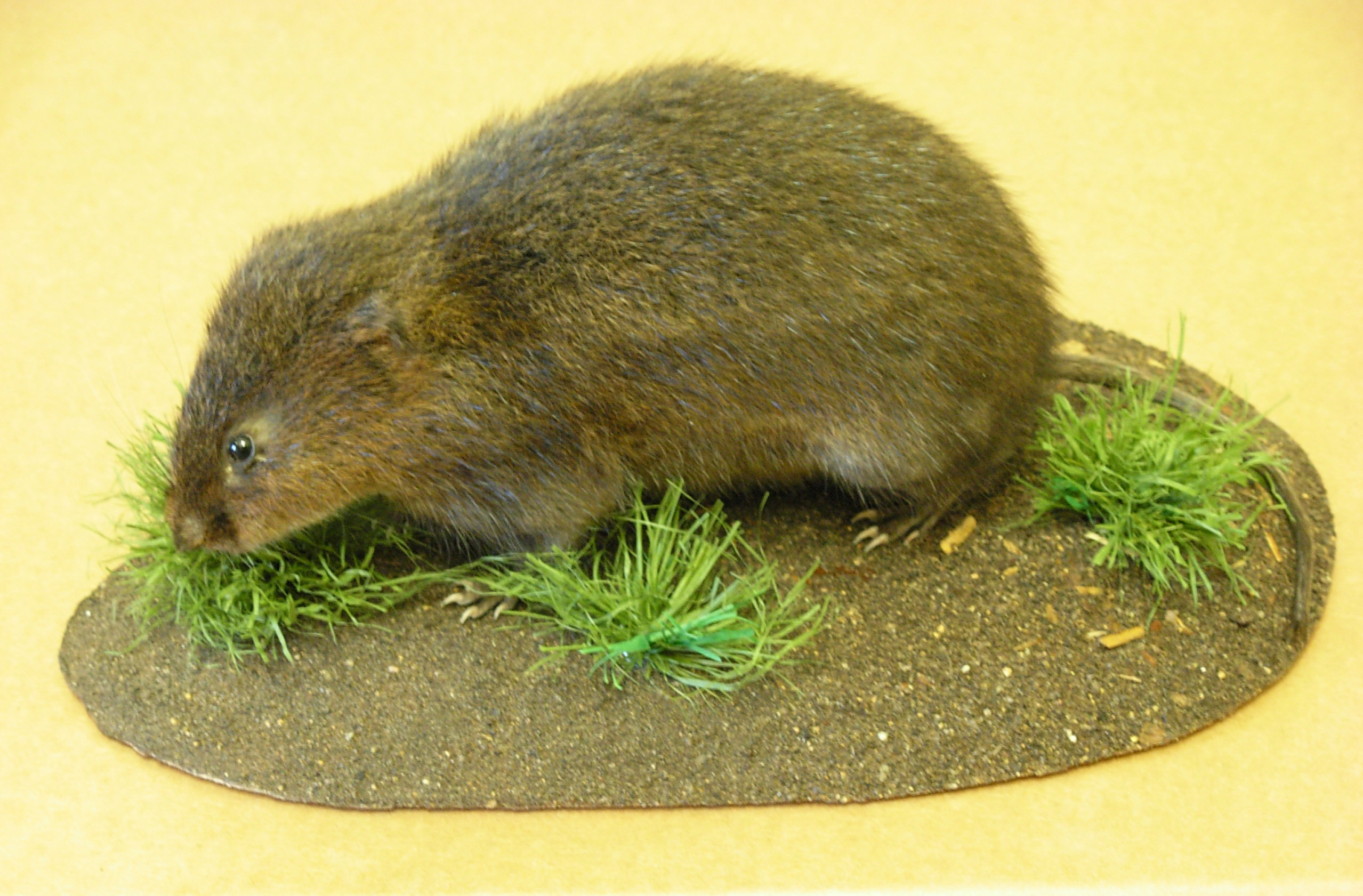 Water voles are about the same size as a brown rat, but with a furry, much shorter tail, and small ears. Today, they are a semi-aquatic mammal, relying heavily on streams and rivers for food and shelter – they use their teeth to dig burrows into steep banks to shelter and raise their young.

But it wasn’t always this way. They don’t show any of the usual adaptations for a water-based mammal, such as webbed feet and a ‘keeled’ tail (flattened sideways but taller top-to-bottom), both of which make otters very strong swimmers.
In the 1500s, rewards for hunting ‘rats’ may actually have referred to ‘water voles’ that lived entirely on land. Their burrowing habits and herbivorous diet would have made them an agricultural pest, which would explain the rewards paid for hunting them. Modern water voles are always found on waterways, so any hunting must have succeeded in wiping out fully-terrestrial water voles.

In the 1990s and early 2000s, the number of water voles in the UK plummeted, making them Britain’s fastest-declining mammal. Surveys of water vole territories in Essex showed that  81% of recent territories were still occupied in 1990, but by 2005, only 7.5% of territories were still occupied in certain areas.
Such a drastic decline couldn’t just be down to habitat loss, and they are resistant to pollution – water vole colonies live in the banks of streams which run from landfill sites along the Thames estuary, and on rubbish-choked streams near Rainham.

Studies by Essex Wildlife Trust showed that crashes in water vole numbers closely followed local increases in the number the invasive American mink. These animals are not native to the UK, and became established after escaping or being released from fur farms from the 1950s onwards. Mink will hunt water voles in their burrows and in water, and a female can destroy a water vole colony in one breeding season. The water vole’s usual predators only hunt on land, and are too big to fit in their burrows. 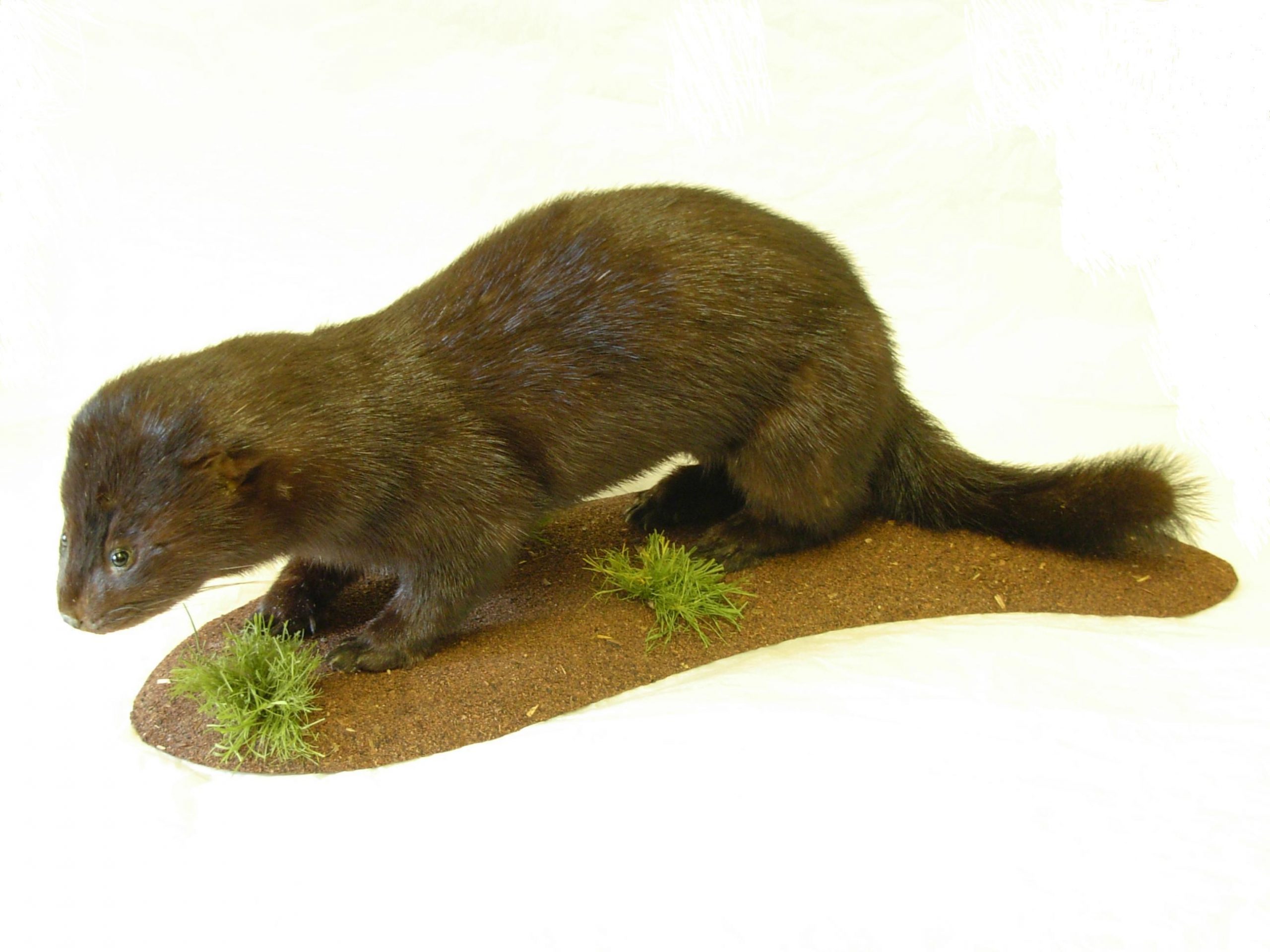 Essex Wildlife Trust began work in 2007 to control mink numbers in key water vole strongholds, allowing water voles to recover, and spread. In 2012, more areas were put under mink control, and water vole colonies were relocated from sites destroyed by development along the Thames and M25. Surveys in 2013 showed that these colonies had survived and spread, with several new colonies established along the river Colne and its tributaries.

Since 2000, wildlife surveys have found an ever-increasing number of polecats, a native predator which had been extinct in Essex for over 100 years. Polecats were hunted to near extinction across the UK by gamekeepers, who treated them as dangerous vermin, and they were also easily caught and killed in rabbit traps, which fell out of use in the 1950s. Polecats have probably spread into Essex from a targeted release in Hertfordshire in 1982-3. 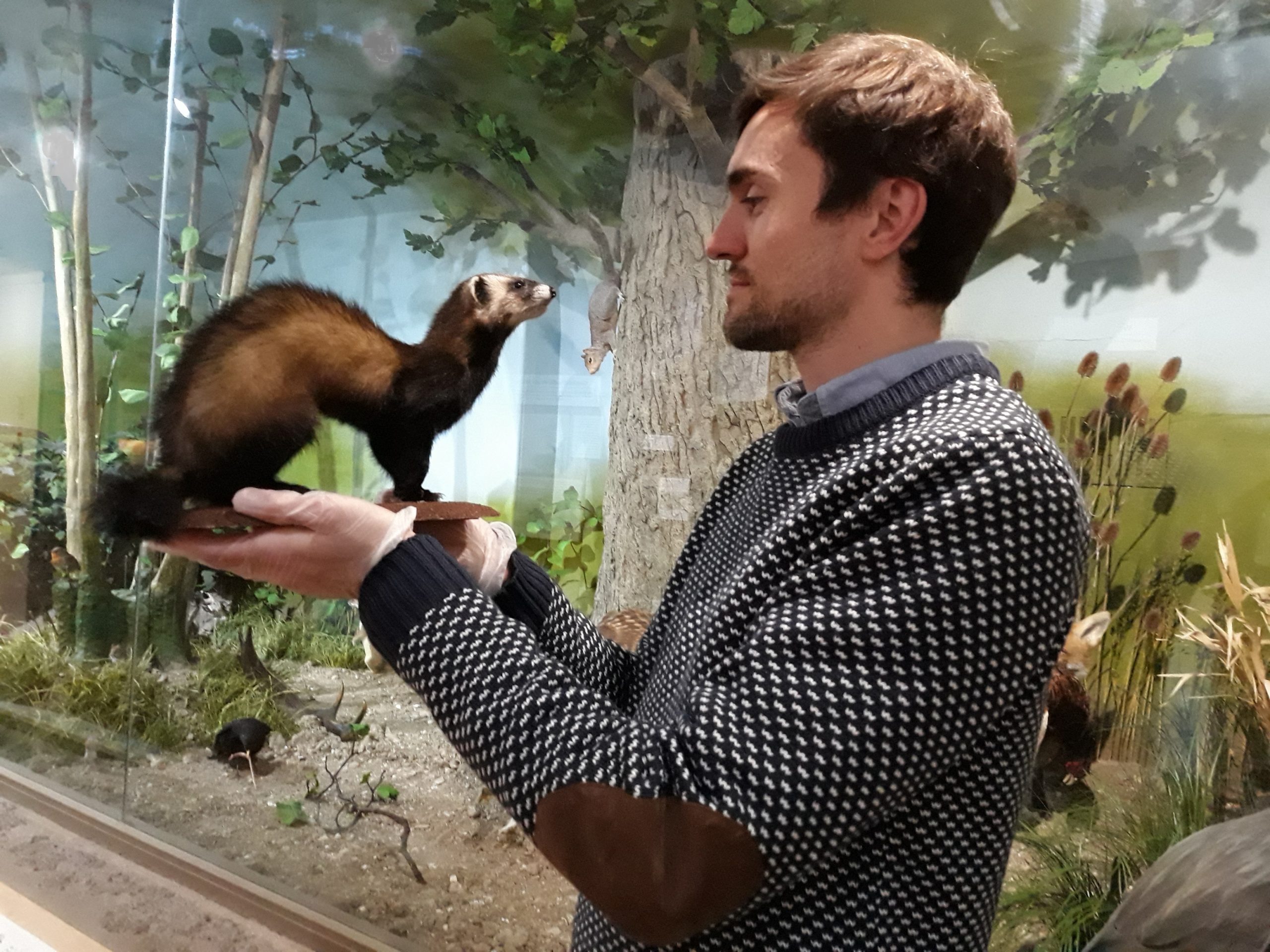 Natural Sciences Officer, James Lumbard, with the skin of a recenltly-mounted polecat. The polecat was brought to the Museum after being found dead at the roadside. Image © Saffron Walden Museum. 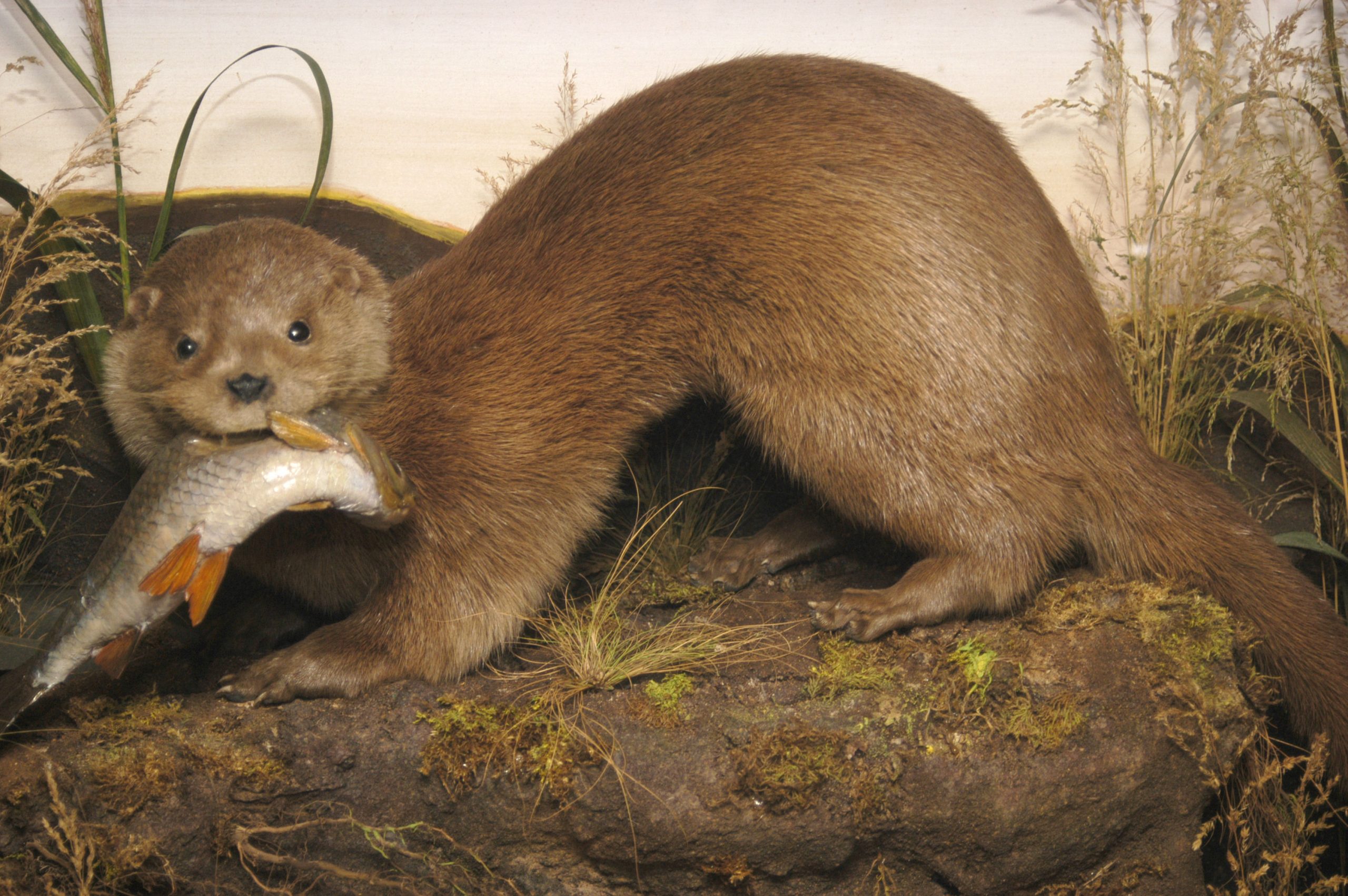 Otter © Saffron Waledn Museum. This otter is on view in the Victorian Museum Workroom display when the Musuem is open.

Informal tracking and recording also suggests that the return of polecats may be helping water voles spread and recover more quickly, by reducing mink numbers. The same is true for otters, which are now returning to Essex, after being declared locally extinct in 1986. Both of these animals are native predators that rarely hunt water voles, but will compete with the American mink for food and territory, and are also big enough to hunt or kill mink. There are no studies to confirm it yet, but it could be very good news for water voles, and wildlife-lovers across Essex.

Mammals of Essex by John Dobson and Darren Tansley, 2014.