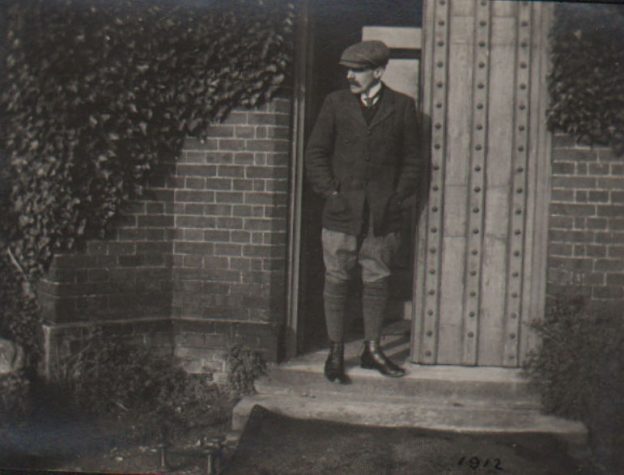 Have you been watching “The Dig” on Netflix, which explores the excavation of the Great Ship Burial at Sutton Hoo (1939), based on John Preston’s novel.

Many of the characters depicted are inspired by real people, including one connected to Saffron Walden Museum. 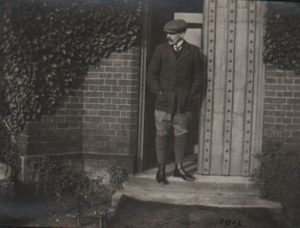 In 1937 as curator of Ipswich Museum, he was invited to visit the Sutton Hoo estate by its owner Edith Pretty and Vincent Redstone, a local historian. The wheels were then set in motion to explore the site. Little did they know then, that what they would unearth would completely transform our understanding of the Anglo-Saxon period. The site began to be excavated in 1938, by a team which included Maynard. The archaeological finds from the site were placed on display at Ipswich Museum and Maynard published a number of articles about them. He liaised with the British Museum about the excavation project.

However, as the true archaeological significance of the site was revealed, tensions began to rise between Maynard & the Ipswich Museum team on one side and Charles Phillips, the new site archaeologist on the other. Maynard was angry that the finds were now being sent straight to the British Museum. There were increasingly arguments about physical access to the site and who should brief the press. Later Maynard gave evidence at the inquest which gifted the excavated finds back to the landowner Edith Pretty in Suffolk, but she ultimately gifted them back to the nation. Sadly, Guy Maynard and Charles Phillips never did resolve their issues and decided to avoid each other until Maynard retired from Ipswich Museum in 1952.

Photo Description: Guy Maynard wearing a flat cap and plus fours stood at the entrance to Saffron Walden Museum in 1912.